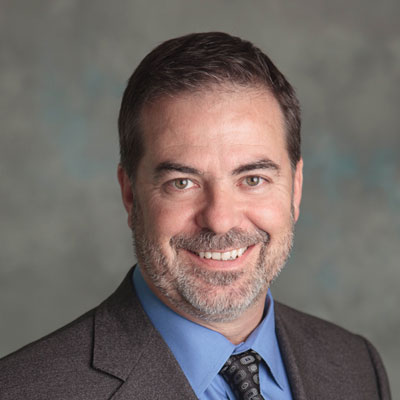 Putting Wireless to Work for You

Security Sales & Integration August 20, 2010 Written by Mark Jarman, President of Inovonics.
Improved range and reliability, along with comparatively low installation costs, are making wireless security more than just practical for commercial projects. In many cases, it's a necessary choice for integrators to remain competitive and profitable.

Whether it is a financial institution, a retail store or any commercial building, the story is the same: security budgets are tight and customers have a short timeframe to install and update their security systems. With budgets and time constraints increasingly an issue, wireless intrusion technology has become an invaluable tool because of the labor savings of not pulling wire from the security panel out to the sensors.

Depending on the difficulty of the installation, the savings can be profound. And there are many environments that simply cannot be hardwired. Wireless technology has overcome practical obstacles and is increasingly seeing widespread acceptance. It is now at a point where range and reliability make it more than just practical for commercial installations; in many cases it's a necessary choice to remain competitive and profitable.

Wireless security networks are being deployed in commercial environments more today than ever before. As recently as five years ago, many believed wireless was best suited for residential applications, but increasingly commercial customers are coming to expect jobs will be finished faster with little to no disruption to their businesses and their buildings.

Advances in technology and applications have brought the industry to the point where commercial wireless is ready for primetime. As commercial enterprises become convinced of the reliability, value and dependability of a wireless approach, they continue to expand the use of wireless to additional locations, facilities and, especially, applications. Some of the most recognizable facilities in the world have adopted wireless security systems for their buildings, providing a testament to the maturity and proven performance of the underlying technology.

Building a Sense of Trust

When safety is of paramount importance, organizations need to feel confident in their wireless partner. Sophisticated communication protocols used by leading wireless providers eliminate false alarms due to radio interference.

Wireless sensor networks using 900MHz technology are a solid choice for commercial security and life-safety applications. Networks using this frequency can process data quickly, and are easily deployed and expandable as system needs change and grow. The most sophisticated 900MHz networks can support several different applications, such as a security system and fire extinguisher monitoring, at the same time on the same network.

Retrofits and new-build commercial properties can both benefit from a wireless approach that decreases the costs of cable and installation labor. When a security system is upgraded, during a store remodel for example, the installation cost of a wireless approach provides significant savings compared to a hardwired solution. "Applications and equipment can be integrated into the wireless sensor network by simply mounting devices where they are needed," says Doug Yarger, owner of Southcross, a Houston-based security integrator. "This process doesn't disrupt employees, their workflow or even the architecture itself."

Wireless devices are often used in remote or hard-to-access locations, so signal verification is critical. The ability to verify the endpoint is working properly and the transmissions are reaching the head-end as intended gives wireless a performance advantage. It also provides installers and end users the confidence that their system is as reliable as a wired system.

Verifying endpoints is managed by a native process known as system supervision. The endpoint and repeaters send "state of health" check-in messages to notify the receiver of their presence and condition. Transmitters automatically send supervisory messages to the receiver on a regular basis. The check-in does more than verify for the existence and working condition of the endpoint, it also tests for low battery, tamper and inactive conditions.

Another advantage compared to a wired system is wireless' ability to 'self-heal.' If the check-in message comes back negative or the environment has changed due to manual reconfiguration, the system will heal itself by finding an alternate path of communication from any specific endpoint to target destination. This is an automatic feature of wireless systems and requires no configuration or activation by the end user or installer. "Don't overlook the self-healing benefits of wireless networks. That's a real advantage over wired security systems. If a wire corrodes, is damaged or otherwise rendered inoperable, that's it. There's no communication to that point and it has to be repaired," says Yarger. "But if a network can heal, it reroutes the messages through a path that works."

The best wireless systems are designed to provide maximum satisfaction for their users. Once a wireless network infrastructure is in place, devices can be moved to allow for changing floor plans and the movement of large obstacles that may interfere with the signal. An example would be those found in warehouse environments.

Because it's a simple matter to add devices, more applications can be added to the intrusion system resulting in more sales opportunities. It's also extremely cost-effective. Being able to amortize the cost of the wireless infrastructure across multiple applications presents the end user with a more efficient way to manage the operating expenses of the facility -and an additional point of differentiation for an installer's bid.

Integrating security pendant or panic button devices wirelessly gives employees the ability to trigger an alarm from anywhere in the building, which is impossible with a wired system. Additionally, pendants can be used as safety buttons for workers in case of an accident. This added measure of security works alongside the intrusion system and enhances the overall value and dependability of the wireless network.

Wireless installations enable easy and inexpensive reconfiguration of the endpoints if the physical layout of the environment changes. Museums often install a wireless system to secure display cases that are part of traveling exhibits. If they already have a wireless system securing the entire premises, it's as easy as adding additional sensors. Or in cases where a hardwired system is primary, it's just as simple to add the sensors and operate a hybrid security system.

Wireless also simplifies system upgrades. A majority of locations have an existing security system in place, but successful enterprises are usually performing a number of upgrades somewhere in their facilities.

As clients' needs evolve, organizations can add wireless mesh and its endpoints to an existing system and panel. Clients that are able to adjust their systems as needed are pleased with the ability to have a wireless system in place that provides not only added value but increased customization.

During the past decade, wireless has become commonplace in our lives. Most everyone carries a cell phone or uses a wireless Internet connection. The acceptance of this technology has contributed to the changing perceptions about its use for security. Wireless security has advanced to the point where any past concerns about interference, reliability or range have been all but eliminated.

Secondary effects associated with these devices such as interference and multipath propagation make it a technological wonder that communication is able to occur at all. For these reasons, wireless products of yesteryear were prone to interference and questionable reliability, and often had to be overengineered.

Today, new methods and protocols for handling wireless communication, such as digital transmission, have been developed. These methodologies are able to facilitate the increasing demand on the limited available spectrum. The net result is that even with the greater demands placed on a limited resource, the amount of communication possible keeps increasing along with its dependability. As wireless communication becomes more commonplace, the industry as a whole is seeing the cost of related products declining compared to the immense value provided.

Security-industry intelligence is increasing across the board. Networked devices, video monitoring, multisensor endpoints, database access and analysis, and more are making the future a reality. Because of clients' increasing expectations, needs and demands, many existing security systems will need upgrades, an area in which wireless products excel. Wireless networks are becoming smarter, and figure to become invaluable for intrusion and access control systems. Industry influencers believe the continued integration of wireless and wired systems is going to be facilitated by the emergence of IP connectivity and intelligent communication with existing panel infrastructure.

The move towards an IP-based system is well under way. The current economic recovery may well speed the transition along and bring about change faster than if the recession never happened. It is very likely that we could be looking at a new industry in the 2013 timeframe.

The changes in the security industry aren't confined to wireless. Security distributors, dealers/installers and end users are all evolving along with the new realities of business. This evolution is creating opportunities for more point-to-point wireless problem-solving solutions, wireless component integration into existing networks, and complete, holistic wireless systems.

Without question 2009 shook up the way we look at business. This year and beyond is going to be about the implementation of strategies and execution of streamlined business practices - including an examination of the products sold and a close look at how they are applied in the field.