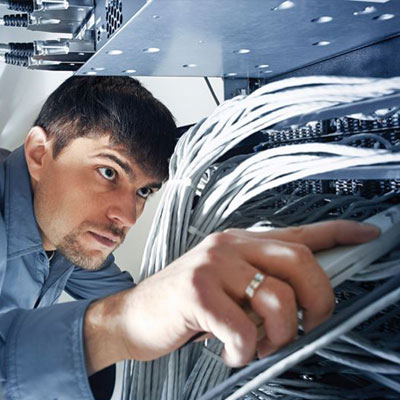 Choosing the Right Radio Platform for a Commercial Alarm Installation

Second, modulation schemes help overcome other kinds of electromagnetic interference in the environment. For example, 300MHz and 400MHz systems and 2.4GHz systems use single channels to transmit data, whereas 900MHz systems use a technique called “frequency hopping” in which they send multiple messages on multiple channels across a large spectrum. The net result is that frequency-hopping systems are better able to overcome the kinds of interference typically seen in commercial facilities.

Network infrastructure usually refers to signal repeaters designed to extend the native range of transmitters and allow coverage over the longer distances found in larger facilities. Network design refers to a system’s specifications versus its intended use. It’s often tempting for end users to employ Wi-Fi infrastructure for any “wireless” application in their facility. However, Wi-Fi is a shared resource that requires constant maintenance, which can be problematic for “always on” systems such as intrusion systems. A dedicated network, such as what you find with 300MHz, 400MHz, or 900MHz systems is the best choice for these applications.

With regard to system supervision, a wireless receiver monitors the devices that are registered to it — it can hear transmissions such as tamper, low battery, missing device, and check-in. Compare that with a wired installation, where it would be difficult to determine if a device is off-line and for what reason without physically interacting with the device and possibly tracing the wire back to the head-end to determine if it’s an end-point or wiring problem — maybe a rat chewed through the cable or it’s pinched behind the drywall. Supervised wireless systems eliminate that guesswork and ensure network functionality on an ongoing basis. — Contributed by Craig Dever, vice president of sales, Inovonics