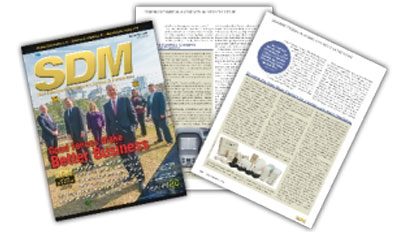 Designing Commercial Alarms With an Eye on the Future

SDM (Security Dealer Magazine) December 8, 2016 Craig Dever, VP of Sales at Inovonics, Interview Contributions to Article
Knowing how to design a commercial alarm system that is both affordable and future-proof will benefit dealers, while giving their customers something practical and scalable.

“The needs of the customers change,” says Craig Dever, vice president of sales, Inovonics, Louisville, Colo. “Understanding how to employ wireless within that commercial environment lets those integrators have some conversations with their customers, even if the customer says, ‘Well, I’m not ready to put something that monitors our back lot.’ Six months from now, when they get robbed, they are going to want to have that conversation. If you future-proof because you went wireless to begin with, and they call you up in a panic and say, ‘Hey a piece of our equipment got stolen last night’ — you’re out there that afternoon, the repeaters are already up, you put up a new piece of equipment, register it into the system, and you can move on. And not only have you sold them something, but you were there to fill that role of being there when they needed you to be there. That’s part of the deal with security integrators.”

Something integrators can do after the fact is enhance video systems by adding trip devices to cameras, establishing a photo-beam perimeter that begins recording when someone crosses the beam, Dever says. “We’ve seen a lot of people have great success, delighting their customers with nothing more than just a basic knowledge of our systems so that they could at least know enough to call up and say, ‘Hey, how would I do… fill in the blank.’ And usually you can do it.”