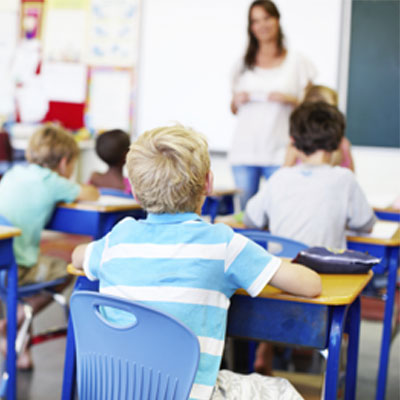 This time the alarm did sound, but it was not connected to the local fire department. In fact, not only did the building have no direct connection to fire department, it also had no automatic fire alarm at all. Though smoke detectors had yet to appear on the market, there were rate-of-rise heat detectors, but none were installed. A member of the housekeeping staff did finally alert the Chicago Fire Department, but unfortunately relayed the wrong address, so their arrival was delayed.

In the meantime, 95 people who received late warning lost their lives, 92 of them being children.

The response to this disaster was rapid and sweeping. National Fire Protection Association (NFPA) codes were revised and buildings remodeled with more exits and fire alarms that could communicate directly with fire departments. It was one of the most effective public safety efforts on record. Since 1958, there has not been a single school fire that has cost the lives of more than 10 people.

WHAT IS A WIRELESS K-12 DURESS ALARM SYSTEM AND HOW DOES IT WORK?

Most schools train and plan for the potential of an active shooter event, however school shootings are only the most extreme and rarest examples of school violence. School violence events do include active shooters, but can also be anything else that requires the assistance from law enforcement. These types of violent events usually occur when a teacher or staff member considers themselves to be in imminent danger or becomes aware of a broader emergency event. These can mean a violent incident or the threat of violence, but also an unauthorized visitor, a disgruntled and disruptive parent, or the discovery of a weapon on school grounds.

There are some components of a wireless duress alarm system that can be automated. Alarms can be activated automatically by glassbreak and gunshot detectors, for instance. However, the alarm is usually human activated. The manner of activating will depend on the duress infrastructure in the school. Some schools have installed pull stations or fixed panic buttons to be pressed in the case of an emergency; others have distributed mobile panic buttons to teachers and staff to be carried with them at all times. In any case, it is almost always a staff member or teacher who perceives a threat and activates the alarm.

Once the alarm is active, it must be transmitted to the head end. In a wireless system, repeaters are located throughout the campus to route the signal to a wireless receiver which passes it to the control panel; or, in the case of an-IP enabled system, to the head-end application, which is usually a dedicated server. Because of the nature of these types of alarms, the wireless infrastructure for any duress alarm system must be able to withstand RF interference, overcome obstacles due to construction, and guarantee multiple paths from the alarm transmitter to the receiver. Typically, this means the infrastructure uses frequency hopping, spread-spectrum technology to meet the reliability demands of a life safety network.

At the same time that the police are notified, the school resource officer or security office will also receive the alarm. Internal security resources will respond according to the district’s standard response protocol, usually by initiating any actions that are not automated, such as a pre programmed public address announcement that informs faculty and staff of the emergency. In many cases, this also means strobe lights or some other alert of the emergency situation. Once notified, faculty and staff respond according to the standard response protocol.

Upon notification, the faculty and staff initiate a lockdown or lockout per the standard response protocol. During a lockout, all students are brought inside the school and all exterior doors are locked; during a lockdown, students are brought into the classroom and situated away from the doors and windows, and then the doors are locked and the lights turned out. Usually lockdowns and lockouts are initiated by school staff or the school resource officer because lockdown and lockout procedures target different kinds of threats. A lockout is triggered by a threat perceived outside of the school; a lockdown by a threat inside the school.

During secondary notification, texts, emails, and even voice calls are made to a command group designated by the school. This group can include the principal, administrators, and even teachers. In some cases, texts and emails can include a map of the school along with the location where the alarm was activated and lockout or lockdown instructions. This can even be a two-way message, so that teachers can text back with status updates. In the case of those systems where this is not automated, the notification will be provided by school staff, the security office, or the school resource officer.

At the same time as notification is made to the command group, texts and emails can also be sent to the responding police officers, including a map of the school and notification of the location of the alarm, as well as a link to video feeds for the school. If it is a two-way message, the police can provide instructions and status updates to staff on the inside.

Once the threat is resolved, either internally or by the police, the system will be reset. At this point the standard response protocol should be examined against actions taken to ensure compliance, as well as to seek improvement of the process.

The 1958 fire at Chicago’s Our Lady of the Angels school provided a wakeup call to the nation. The resulting procedures and improvements to alarm infrastructure have saved countless lives since. Nobody questions this.

In the same way, we have an opportunity to address a new threat to public safety: School violence. Though school shootings are the most visible manifestation of school violence, it can arise from a nearly infinite number of causes, and come from almost any member of the community who comes in contact with the school. Wireless K-12 alarm duress systems have been designed exactly for this type of complex public safety crisis.

The unfortunate fact is that teachers and staff members are usually the first responders, and in all too many cases they are the only responders. Teachers and staff must have the training and tools necessary to keep themselves and their students safe.

As the improvements of fire alarm systems after Our Lady of the Angels school fire gave teachers and staff a way to immediately notify the fire department in the event of a fire, wireless K-12 alarm duress systems give them a way to immediately notify law enforcement in the event of violence. Both are necessary to provide a way to summon help when it is needed.