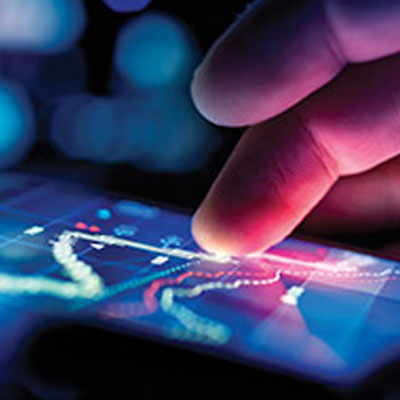 Wireless security systems provide all the functionality required of any intrusion system. Wireless glass break detectors, door/window sensors, perimeter beams and motion detectors can be easily added to nearly any security panel, just as in a wired system. In a K-12 facility, these physical security systems are usually used to prevent or limit damage to the property after school hours. Both wireless and wired security systems can fulfill this role.

However, installing a wireless intrusion detection system has other advantages. A wireless installation can dramatically decrease costs for labor and materials. The labor associated with pulling wire, not to mention the wire cost itself, can be nearly eliminated. Likewise, retrofitting existing architecture is much quicker and can alleviate air quality problems resulting from asbestos contamination caused by the drilling and wire-pulling disturbance. As such, a wireless security system could be installed over a winter break with limited impact on the academic year or building facade.

Wireless security systems have advantages other than cost savings as well. They are uniquely suited to perhaps the most important component of a K-12 security system: the duress alarm system designed to summon help in the case of an emergency during school hours. The remainder of this article will preview the path of a duress alarm, from event to resolution, demonstrating the value wireless in security adds in a school setting.

Most schools plan for and train to respond to an active shooter incident, however the event can be anything that requires assistance from law enforcement. These types of events usually occur when a teacher, or other staff member, considers his or herself to be in imminent danger, or becomes aware of a broader emergency. Emergency events can include a violent incident or the threat of violence, an unauthorized visitor, a disgruntled and/or disruptive parent or a weapon on school grounds.

Usually the alarm is human activated. The manner of activating will depend on the duress infrastructure. Some schools have installed pull stations or fixed panic buttons to be pressed in case of an emergency; others have distributed mobile panic buttons to staff to be carried with them at all times. In either case, the staff member will activate the alarm by pressing a panic button or activating the pull station. In some cases, glass break or gunshot detectors can activate alarms automatically.

In a wireless system, line powered repeaters located throughout the campus route the signals to a receiver which passes it to the control panel, or, in the case of an IP enabled system, to the head-end application. Because of the nature of these types of alarms, the wireless infrastructure for any duress alarm system must be able to withstand RF interference, overcome obstacles due to construction, and guarantee multiple paths from the alarm device to the receiver. Messages should also be encrypted to ensure security and approved for use in a life safety application. Messages generally consist of alarm, check-in or state of health, low battery and tamper.

Once the alarm is received at the control panel or head-end application, the central monitoring station is notified. Central monitoring stations are third-party services dedicated to the monitoring of alarm systems. When a K-12 duress alarm is sent, the police are immediately notified and dispatched within seconds. This type of alarm is as reliable and immediate as a hardwired alarm, eliminating as much of the potential for human error as possible.

At the same time that the police are notified, the school resource officer or security office will also be notified. Internal security resources will respond according to the district’s standard response protocol, usually by initiating any of the following actions that are not automated. Whether automated or initiated by the school resource officer or security office, a preprogrammed public address announcement informs faculty and staff of the emergency, and, in many cases strobe lights or some other alert of the emergency situation is provided. Once notified, faculty responds according to the standard response protocol.

Upon notification, the faculty and staff initiate a lockdown or lockout per the standard response protocol. During a lockout, all students are brought inside the school and all exterior doors are locked; during a lockdown, students are brought into the classroom and located away from doors and windows, the door are then locked and the lights turned out. Usually school staff or the school resource officer initiates lockdowns and lockouts, in that the lockdown and lockout procedures target different kinds of threats. A lockout is triggered by a threat perceived outside of the school; a lockdown by a threat inside the school. Wireless locks are frequently used to support lockout/lockdown procedures.

During secondary notification, texts, emails, and even voice calls are made to a command group designated by the school. This group can include the principal, administrators, and even teachers. In some cases, texts and/or emails can include a map of the school along with the location where the alarm was activated and lockdown instructions. This can be a two-way message, so that teachers can text back with status updates as well. In the case of those systems where this is not automated, school staff, the security office, or the school resource officer will provide the notification.

At the same time notification is made to the command group, texts and emails can also be sent to the responding police officers, including the same map and notification of the location of the alarm, as well as a link to video feeds for the school. If it is a two-way message, the police can even provide instructions and status updates to staff on the inside. Within this notification step alone, several different wireless communication protocols and methods are used.

Once the threat is resolved, either internally or by the police, the alarm is cleared.

In closing, the advantages of wireless, especially for duress applications are clear. And with a wireless system, installation is not limited to the initial configuration. A wireless infrastructure easily adapts to the growing needs of a campus. As areas change and buildings are added or reconfigured, a wireless system can flex accordingly. Wireless used for physical security and duress renders an installation nearly future proof to a degree that traditional wired security systems can only dream of.
Inovonics Wireless Corporation. All rights reserved.
X