Perspectives from the Consultant Side

Reflecting issues in the broader security industry, Ray Coulombe will discuss some of those affecting consultants today. How are security consultants adapting to a changing technology landscape? Are their client interactions different? How can they help insure that their specifications promote good cybersecurity practice? And what can manufacturers and integrators due to foster better specifications and, ultimately, more successful projects? 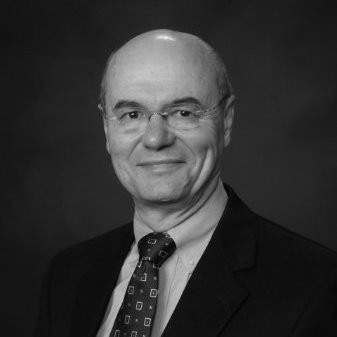 Ray Coulombe is the founder and Managing Director of SecuritySpecifiers. Formerly, Ray was COO and co-founder of SyPixx Networks, acquired in 2006 by Cisco, and he has played a significant role in the development of several other early-stage companies in the industry.

He founded and serves as Chairman of SIA’s CSI MasterFormat Division 28 update committee. For his efforts, Ray was awarded the Jay Hauhn Excellence in Partnerships Award by SIA in November 2015 and The Construction Specifier Magazine Article of the Year in September, 2016.

He also founded and served as chairman of SIA’s Standards sub-committee on SNMP, and he served as a member of the Body of Knowledge committee for SIA’s Certified Security Project Manager (CSPM) program. He sits on the PSA Security Network Education Advisory Board, and he writes and presents extensively in the industry, including the Tech Trends column for Security Technology Executive (STE) and Security Dealer & Integrator magazines. Early in his career, Ray served as a Captain in the United States Air Force, where he was involved in the development and production of TV, laser, and infra-red guided missiles.

He holds a BSEE from Cornell University; Masters degrees in Management from MIT and Information Technology from Rensselaer Polytechnic Institute; a graduate certificate in Cyber Security from the University of Rhode Island; and numerous professional certifications. He belongs to ASIS, IEEE, and the Tau Beta Pi Engineering Honor Society.